Alexa has started to infest my home through the Echo Dot and now the UE Blast. I received the Echo Dot as a present for Christmas so that I could start experimenting with a voice assistant. A little while later, I received a UE Blast which has Alexa voice control while also being a really sweet speaker in its own right. My dog likes wires for some reason (that’s very cat like of her) so I got a nice mount for my Echo Dot so it can live in the living room without fear of being dropped (its been dropped twice already by the dog). The UE Blast lives in the office but its rarely on since my wife has no use for voice assistants and I don’t want Alexa listening to me upstairs.

My use cases for Alexa are pretty limited so far, its probably due to my not having a “smart home”. I don’t have the doorbell, thermostat, lights, or garage door opener that could be controlled by Alexa using my Echo Dot or my UE Blast. I definitely don’t shop with it, I’m still old school and I like to see what I’m buying first on the web and then maybe in a store before plunking down hard money. I think the main things that I use my Echo and UE Blast for is music and the weather. The weather is used to find out if I can go motorcycle riding on a given day, music is just for fun and to see if Alexa or Amazon can play the music we ask of it.

The far field mic’s are pretty good, they can hear me from across the room. Obviously the UE Blast has the better sound for music since its also technically a UE Boom with just WiFi and Alexa built in. To make the Echo Dot a little bit better, I paired it with my UE Boom so I can have good music from the Echo Dot, it just requires an extra step of actually turning the UE Boom on and pairing it but that’s a cinch to do. I just yell “Alexa, pair my Bluetooth speaker” and its done in seconds. The UE Blast I just tell it to play music. I used it at my father in laws place while everyone was asleep and it worked really well. I was able to play with the dog and ask Alexa stuff since I was able to connect to the WiFi. The Blast will be my “go to” speaker to bring on vacations if we want to have music wherever we are. It’s got some long battery life and with Alexa built in, it will be quite useful in hotel rooms and other spots like that.

I’ve generally discouraged my daughter from using Alexa too much, unlike Google I can’t really control who Alexa listens to for commands. I can’t count the number of times my daughter has over ridden my music by playing Frosty the Snowman just to mess with me. She has it down so that Alexa just has to hear “Alexa, play frosty!” And it automatically plays the song for her. I’m thinking that when she gets older, maybe I’ll get an Echo Dot for her room or something so that it can wake her up in the morning. I definitely won’t be having one of them in my bed room, I have enough iPhones and other Apple devices that have alarms to wake me up.

What’s becoming difficult is managing all the different devices I have now. For phones and tablets I’m all in on Apple, even my main computer for home is my MacBook Pro. I have Chromecasts and Apple TV’s that are attached to various TV’s. I keep Apple TV 3’s to do streaming from my Apple devices and the Chromecast for my NAS. I now have voice assistants from Amazon but they can’t do anything really since I don’t have a smart home but the music at least is pretty good. I don’t think I’m going to get a Home Pod, I’ve already started down this Alexa path so I might as well keep on going with it regarding voice assistance. With some IFTTT recipes I can technically integrate some things from Alexa to my iPhones and iPads. I was really tempted a few days ago with a sale on Google Home Mini’s but that would have complicated things even more at my home. I’m hoping that Alexa can start recognizing voices, then I can get a few more (maybe without the wife knowing)…….. but I still use Siri when I’m away from home because you know, she right there on my wrist and phone. 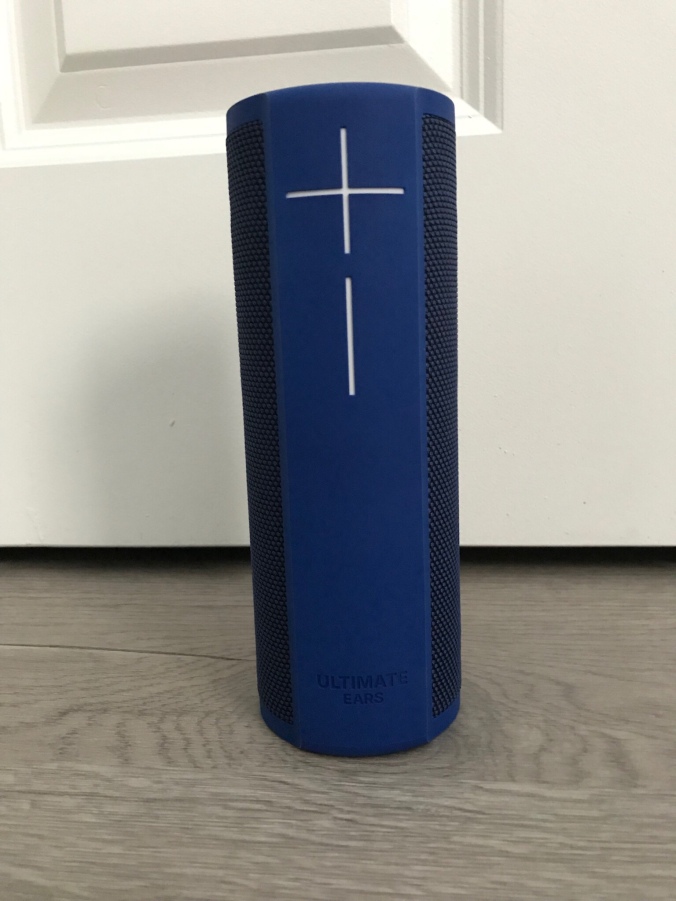 As part of my company health benefit, I’m allowed to buy a bike once every 5 years. As it so happens, my current bike had a flat tire in the back and the bike itself is about 5 or 6 years old. I wanted to get a new bike for a while but just didn’t have the justification to do so. However with the health benefit I didn’t have to pay the full amount for the bike. I decided to go to Durango Bicycles that’s a local shop in my town They happen to be a Fuji bike reseller and they introduced me to the 1.9T cross over. One of my requirements was to lose the brakes that are on the tires directly and get one with disc brakes that’s similar to my motorcycle. It has the usual Shimano gear shifters but it has some pretty big tires which means that its really more meant for the road than it is for the trails. It can do some trails but since I live in South Florida, there really isn’t much of an opportunity to go on trails.

I’ve had the bike for about a week and I’m pretty pleased with it, well the only short coming is the seat which is really hard and kinda hurts. I am going to look for a more comfortable seat but right now its not a priority. The wheels on this thing are awesome mainly because they get the bike up to a decent speed pretty quickly and can sustain it easily on level ground. This is of course in contrast to the mountain bikes I’ve owned before which had smaller tires and were really meant for light trails that I never rode. My switch to the cross over bike was a great choice and I’m liking this bike more than any other I’ve had. I have to get it serviced in the next month to tighten the cables in it but that’s just routine stuff.

I decided to look up the Fuji company on Wikipedia and its history is pretty cool in that they have been making bikes for well over 100 years. The company has changed hands a few times now but they make one awesome bike. They make a whole line of competition bikes and the sales guy at Durango tried to sell me on getting a Fuji bike for my daughter. I think she’ll be getting a Walmart bike though, she’s growing too fast and she’ll outgrow the next bike I get her pretty quickly. Maybe for her adult bike I’ll invest in a Fuji for her. Something that she can take to college (hopefully they won’t steal or strip it down like I’ve seen at my school many years ago). The next piece of equipment to get is probably a bike rack for the van or my car so that the entire family can go bike riding at CB Smith or one of the other parks in the area. Can’t wait to get back on my bike just to ride around town a bit, if only it wasn’t the summer time and so hot out.

Recently I’ve been looking at RV’s just for fun.  I’ve been impressed with the amount of junk that can fit into a van to make it semi-livable for a night or two or just to make things more comfortable on those long road trips.  I take a lot of trips to Orlando it seems and while the Odyssey is pretty awesome for that purpose, I found this gem from VW.  VW has been known for ages for making camper vans and they used to sell them here in the US extensively (remember those micro buses in the 1970’s with the pop up roof?). Well this is the latest evolution of that van.  It’s a VW pop up camper van and has a ton of features like a built in outdoor table and hide away outdoor chairs.  This thing has almost everything that an RV has except for the bathroom part (too small to fit in a shower and toilet).  The best feature I think is the pop up roof to add extra bedding,  My daughter would totally love that if we could just stop at a rest stop and take a nap in the van for a little while before progressing on our trip.  I would personally love to have this thing to replace the Odyssey.  The kicker is that this vehicle won’t be shipped to the US.  The cost is prohibitive ($100K give or take) and for that amount you can get a full fledged RV like the Winnebago Travato 59K which does have a bathroom but no pop up roof.   The video in this post is the one I watched that shows all the features of the new VW California.  Too bad it won’t be here, they need to drop the price to like $60K, maybe then they’ll move some units over here.