I remember a long time ago back in probably 2004 or 2005 there was this new photo sharing site called Flickr.  Back then there weren’t a lot of places to upload your photos for MySpace except for maybe Photobucket (maybe I still have an account there, I think I should check….) but Flickr was different in that it had lots of tools to edit your photos.  I now use Google Photos for such things but when Yahoo bought them and then their latest CEO said that you could upload up to 1TB of photos, I thought that was awesome!

Flickr was always for the pro photographer to show off his wares.  They had a premium plan so you could upload tons of photos and make unlimited albums.  The free account which I used had upload limitations but I didn’t care since I didn’t have a digital camera or an iPhone back then so I didn’t need much.  Now Flickr has become part of my photo backup scheme by integrating it and my iPhone with IFTTT.  Every time I take a picture a private picture is uploaded to Flickr if its on my iPhone.  On a given vacation day, I can take upwards of 100 photos if I’m in the mood and I have enough battery power.  Thats a ton of memory and storage but I’m not close to the 1TB I have available to me.

Now Flickr has become part of the purchase of Yahoo by Verizon.  So far everywhere I read on the blogosphere, people are asking what is going to become of Flickr.  I personally would love the service to continue, I have tons of pictures up there and its part of my backups in the event my NAS or Google Photos gets corrupted or something.  Granted the likelihood of Google Photos going away is very small, I still like having backups of my backups and I’ve been such a long time user I can’t see not using the service.  Although it technically would be hard to spin off the Flickr service into its own company again, there isn’t anything special about it that Google Photos doesn’t do anyway already.  Being a massive place to store pro photos is fine but they would need to do something like have pro tools like Photoshop or something similar to Pixelmator tools as part of the service plus online storage and be FAST to be competitive or even make any money.

I don’t do a lot of editing of my photos so all the pro tools in the world wouldn’t do me a lick of good.  I just want to be able to store my photos somewhere for free and privately and Flickr does that for me.  I’m hoping Verizon keeps the site alive and maybe makes some improvements along the way while keeping the 1TB upload amount free.  Maybe adding the ability to upload video???  I know that Google does that but it chokes on some of the bigger videos that I have right now (currently a surfing video of my daughter can’t be uploaded, for some reason Google chokes on it and it just hangs there all day doing nothing).

I haven’t actually gone through the website of Flickr in a while but there seems to be some nice discovery aspects to it.  Maybe they need to become more like Getty Images and charge for photos but have a portion go to the photographer since there is some really awesome stuff up there.  The one thing I do want is to be able to use Flickr with a different ID.  Flickr is the only reason why I still have an active Yahoo ID anymore ever since the data breach was announced a few months ago.  Finding another place to drop 30K images and videos is hard and it takes a really long time to do.  If my NAS had web browser capabilities I’d do it from that but since it doesn’t I have to rely on a computer.  I guess I’ll subscribe to their Twitter feed, maybe they’ll announce what will happen to their service soon.  I hope they don’t go the way of Winamp, there was an awesome program destroyed by a behemoth company and I don’t want the same thing to happen to Flickr.

I’ve been traveling to the NY Metro area for quite some time now this year and I can say that universally my Internet connection has been pretty disappointing. I have two iPhones on AT&T and a Verizon 4G Mifi and both services have been pretty bad. I will admit that Verizon has better service but it’s not that much better. I characterize better service at this point with an ability to just connect to the Internet at any speed. In my little cave at work my AT&T connection just doesn’t work at all and my Verizon mifi can only be on 3G or else it drops like crazy.

Lately the large networks have been becoming even more stingy with their data plans by offering data share plans (I’m looking at you AT&T and Verizon) which has perceived saving but only if you don’t use a lot of data. I’m a data hog and use around 3gb a month on average. Spring and T-Mobile are still offering unlimited data which I think is pretty awesome. If they have huge LTE networks in the next year or so I might have to consider switching. It won’t matter much to my wife since she’s always at home and all the networks are decent here. It will matter more to me because I travel so much.

I personally think it doesn’t matter what network you’re on when you’re in NY. There are just way too many people in a really small area trying to get online. I can actually see a difference between trying to use my iPhone at 6am and at 12pm. One way that NY is trying to deal with this is to use old phone booths that don’t have phones anymore and making them into wireless hotspots. Now if these hotspots are free that would be awesome but I don’t think they will be. I guess I’ll just have to suffer for the next year with crappy Internet. Maybe the Doubletree will finally get wifi so I can enjoy my Netflix on my iPad while I travel.

It’s been almost a year since I’ve been back at work at my old company and surprisingly I’m eligible for a phone upgrade. I currently use a myTouch 4G for work and it’s running android and for my personal phone I’m running an iPhone 4S. Now that my upgrade is almost due, I have some hard decisions to make. Do I continue with tmobile and get an upgrade every year or do I go with AT&T or Verizon and wait two years for my upgrade. So far I’m a little torn since I’m not exactly all that thrilled with tmobile service but on the other hand do I really care about the service since its my work phone?

I’m also wondering if I should get another iPhone (this time in white so I can tell the difference between the phones) or if I should try and get another android phone that’s using ice cream sandwich (I know, the names of the OS releases are kind of silly). Currently tmobile doesn’t have a phone that runs ice cream sandwich at the moment, I think it might come out soon but I don’t know though. I’m pretty careful about what I do on my work phone, I don’t put any apps and stuff on it really and keep it pretty plain because I have my iPhone to use for all my fun stuff or I whip out the iPad instead. The biggest reason people state to get android is to root the thing but I can’t do that because then I can’t get my work email. I don’t know if I particularly want a huge phone either, the myTouch seems to be just about right, these other phones with the huge screen seem like overkill. Whatever happened to making smaller and smaller phones that were easy to carry around? I remember buying a Motorola StarTac because it was smaller than my original cell phone.

The thing that really holds me back is the upgrade schedule. I don’t know if I want to wait two years to upgrade my phone. On the other hand it would be pretty cool to have another iPhone that I can use for work and load all the apps that I’ve already purchased. I guess I’ll have to see what’s offered by tmobile in the month of February. I don’t think they’ll offer the iPhone but there might be an android device that’s worth getting to replace the myTouch. 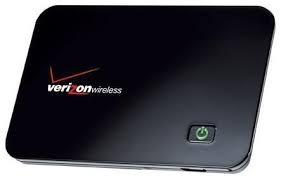 I haven’t posted a tech blog post in a while but now is a good a time as any.  I’ve been at a client site for the past month or so and they don’t allow us to connect to their network because we’re not using their computers.  So what options does that leave someone that needs access to the internet to get email, exchange files with people, and be connected to their colleagues….hmmm…..  The option that my team chose was to get a Verizon Mifi device.  These little buggers are about the size of a hockey puck and are data only but they are supposed to let one connect to it so they can use the internet.

My experience so far with one of these devices hasn’t been all that good but I’m hoping its because the reception in the room is so poor.  It’s a pretty straight forward device, turn the thing on, put in the password once, and you’ll always be connected to the internet.  It might be the device placement but so far the connection has been a little on the spotty side.  Throughout the day I continue to get disconnected from the network which is a little annoying when you’re in the middle of chatting with someone on IM or trying to upload a large document to a shared folder somewhere.  There also is a limit to the number of people that can connect at any one time.  At times I’ve been frustrated enough that I’ve used the tethering features on my iPhone so that I can complete some task I’m trying to get done.

Overall, its a pretty good idea to use a mifi device where you don’t have a connection but to me its almost not worth it since it costs so much money ($30 a month for 5GB of data a month) and the 5GB cap has got to go.  Oh well, I’m not going to worry about it, this is my last week at this client and then I’ll be relaxing for a bit.  Can’t wait!